What is the Social Security Cost to the US?

Home > What is the Social Security Cost to the US?

Find Social Security Offices nationwide from the web's largest directory. To report updated information on a listing, please contact us.

What is the Social Security Cost to the US? 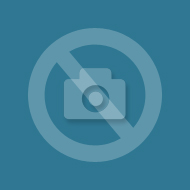 Almost every working American, both employed and self employed make payments to the Social Security program. However, not everyone understands the cost of Social Security as well as its benefits to the citizens. As a participant to the program, it pays to know and understand how contributions are made so that you can fully understand the benefits and question if there will be discrepancies when you go to make the claim.

Social security is paid through taxes and there is no definite figure or amount that every employed American is expected to pay. Instead, the payment is determined in terms of the percentage of one’s income and for every employee, the employer also pays a similar percentage. If you are a wage earner, you will pay directly into the social security system from your paycheck.

What is the Payroll  Tax?

The payroll tax is referred to as FICA, or Federal Insurance Contribution Act and it is always 6.2% of your earnings up to a certain level of income. Employers are also mandated by the act to pay 6.2% for each employee. Additionally, all the employees and their employers each pay 1.45% of their incomes towards the Medicare Hospital Insurance Trust Fund.

The self employed individuals are not off the hook either. In their case, they pay both the employee and the employer’s share of the contribution, which comes to a 12.4% of their incomes. Additionally, they pay 2.9% for Medicare under the Self Employed Contributions Act.

In the recent years, many politicians have shown willingness to reduce the payroll tax burden due to the changing economic conditions. For example, the Congress approved the Payroll tax holiday in 2011 in an attempt to boost the economy.

Through the holidays, the worker’s tax rate was reduced to 4.2% while the employers still paid the 6.2%. The self employed on the other hand got a relive and instead of paying the 12.4%, they paid just 10.4% of their incomes.

Since most workers in the United States never earn above the cap for the social security payroll, most of them ends up paying social security taxes on all their earnings. It is also important to observe that more than three quarters of the households in the United States pay more in the Social Security taxes compared to what they are paying for federal taxes. In as much as no one enjoys giving money to Uncle Sam, most Americans have accepted the Social Security tax because it gives them the ability to earn important benefits.

Did you find apk for android? You can find new Free Android Games and apps.